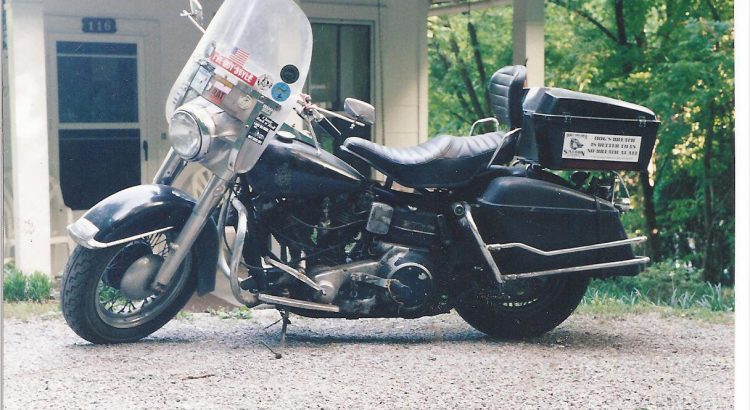 As many readers here have known for a while, I have been here in Chattanooga TN for a month and a half tending to the affairs of my father. It has been the most stressful, self realizing, life changing situation I have ever been through – God knows the weight I can bear, but I never expected I could handle so much.

As of today, my father remains in a coma; he has been moved from the hospital, to skilled nursing, and back to the hospital in the past few weeks. He has not really been responsive to much of anything however, he does respond to me better than anyone else. He had a surgery on Thursday of last week to put a permanent shunt in his head to drain spinal fluid off, and last night was just moved from the Trauma ICU to the Intermediate level ICU – I like this because I can be with him and work with him more.

I have studied the art of Coma Communication, and have been communicating with my father through breathing rhythm and simple natural movements, but there is still a very long way to go. I need to get him to a FOUR on the Rancho Coma scale (he needs to follow some commands) and then we can move to rehabilitation rather than a nursing home again. I just really know he does not appreciate being in a nursing facility, so I will be back off in the hospital to work with him later today.

A personal update — several of my readers know that I have been in a long term relationship for over ten years. We have two children, and for a very, very long time I wanted to marry my partner. For many reasons this never happened… he stated for years that he was not ‘truly’ happy with our relationship and left me feeling that once the children were grown, we would separate. Over the years, my mind held on to our discussions about not wanting to be my husband and I has hurt for a very long time, although I really did not realize it.

For many years now, all I have done with most of my time is work. I have been behind a computer for hours on end close to 15  hours a day, designing, coding, marketing and tending to clients – I rarely ever left the house. I did not want much to play, watch TV or anything else – just work. The long break away from my computer, and sitting alone with my thoughts in the Erlanger ICU Waiting room allowed me to think.

About a week ago I made the decision to make a change for my life and concluded that it was time to let the relationship with my long term partner come to a close. We had discussed so many times that I was willing to release him to find whatever it was that was missing in us and to finally make himself a happy man, but he always said no. Something in me just could not ever go back to what my life WAS … until this accident.

I have spent literally day and night awaiting the awakening of my father… so much time in the hospital that I rarely miss one of his visitors. There are so many people who know and love Dad, and the visits are abundant. Some come once, a few come very often.

And for weeks, one person has stuck out to me in particular. From the minute I arrived here I noticed him. His smile, his energy, and his nature. Each time he came, I learned more and more about him through what he told my father, and then conversations after his visits. We became friends.

I started to email him the updates of my father’s status so that he could pass them on to other concerned friends, and that too allowed me to get to know him better. I wanted to spend more time with him than the hospital visits allowed, so I finally told him my thoughts. I asked him if he was happy with the woman that he had in his life (girlfriend of two years) and he said he was. At that point, I closed the book on that and decided to just refocus on my point here. Dad.

Days later, he came again to visit, and I attempted to forget what I had said in our last conversation and treat him just as a ‘friend’, but he arrived different than before… a changed energy, and he asked if he could take me riding later that evening.

He picked me up at the hospital, and rode me on a scenic ride through South Tennessee and North Georgia. We stopped once along the way on Lookout Mtn. And there is where he let me know that he was not honest about his happiness, and he had an interest in me.

We spent more time talking as the weeks have gone on, and each time it was just more clear that we were in love – a mature, simple love – not driven by physical desire, but more perfectly by genuine care. There is so much more detail to my story, but I must get off to the hospital to see my father so to shorten it just a little (for now – I can come add on later)….

Yesterday, at 5pm in Ringgold, attended by my mother, sisters and Denny’s children, and great friend Alan, we were married – and I have never been so purely happy in my life.

This is genuine, and I thank God for it…

The analytical mind behind Zenful Creations. Responsible for all the bells and whistles; dedicates most of her time to breaking stuff and finding bugs and never enough time to fixing things.

9 thoughts to “Announcements and Updates”